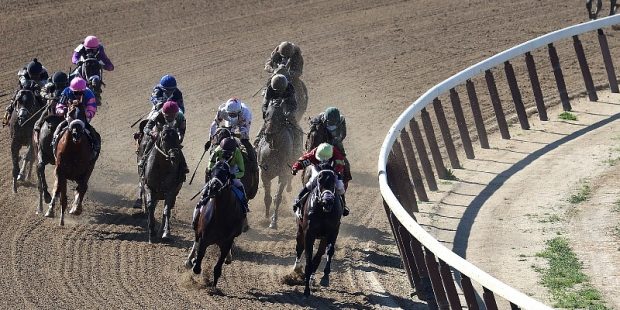 2022 will bring the 154th running of the Belmont Stakes, a Grade 1 tradition dating back to 1867. The longest of the Triple Crown races, the Belmont Stakes is also known as the Test of Champions. It runs on dirt, lasting 1 ½ miles, and it was the site of Triple Crown victories for American Pharaoh in 2015 and Justify in 2018. This year, though, there will not be a Triple Crown winner as Rich Strike, who own the Kentucky Derby and will run at Belmont, sat out the Preakness Stakes. Let’s take a quick look at some important facts about the race that you should use to inform your Belmont Stakes betting on this race.

Secretariat, the legendary horse that won the Triple Crown in 1973, holds the all-time track record with a time of 2:24. The fastest time in the last ten years was 2:26.65, run by American Pharaoh in 2015. A year ago, Essential Quality won in 2:27.11, and both Justify (2018) and Sir Winston (2019) have finished faster than 2:29. The slowest winning time in the last ten years came in 2013, when Palace Malice finished the race in 2:30.70. The slowest winning time ever for a Belmont Stakes running 1 ½ miles came in 1930, wen Gallant Fox finished in a pedestrian time of 2:31.60. Tiz the Law finished in 1:46.53 in 2020 to win, but it is worth noting that that race only lasted 1 ⅛ miles instead of 1 ½ because of changes due to the COVID-19 pandemic. That year, the Kentucky Derby and the Preakness Stakes were delayed, making the Belmont Stakes the first race in the Triple Crown that year, and it was shortened due to concerns about horse preparation.

Over the last ten runnings of the Belmont Stakes, the most successful trainers have been Todd Pletcher and Bob Baffert, each with two wins here. Pletcher trained Palace Malice (2013) and Tapwrit (2017). Baffert trained American Pharaoh (2015) and Justify (2018). Because of Baffert’s extended suspension from horse racing, he has transferred four of his horses to the care of Tim Yakteen. Yakteen’s horses have not done particularly well this season, but looking at Pletcher’s entries into the Belmont Stakes is worth your time.

Joel Rosario and Mike Smith have each ridden two horses to victory at the Belmont Stakes over the last ten years. Rosario won astride Tonalist (2014) and Sir Winston (2019), and Smith rode Palace Malice (2013) and Justify (2018). Irad Ortiz Jr, Jose Ortiz, Luis Saez, Victor Espinoza, Manuel Franco, Javier Castellano and Robby Albarado each have a win in the last decade as well.

Drawing in the low numbers, particularly 1-3, provides a horse with the opportunity to ride on the rail and only face a traffic jam on one side. Drawing in the high numbers can mean having to push across to get into the main stream and get close to the main group. Drawing in the middle numbers can mean a minimum of turns, but it can also mean getting caught in traffic right after the start. The following chart shows you the post positions for each of the top three finishers in the last five Belmont Stakes:


As you can see, starting in one of the first two posts has led to a spot in the trifecta in each of the last five years, something to consider in your wagering.

Should you take a longshot?

Creator paid 164/10 in 2016, winning for trainer Steve Asmussen. In the last decade, four top favorites ended up winning the race, not surprising given the awareness that the betting community has of all the contenders by the time this race comes around. So if you’re thinking about a longshot in this horse, do research into recent races at longer distance and horses that tend to close late.