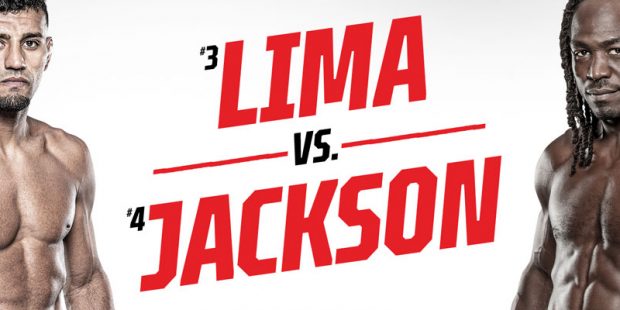 The Pacific Northwest will host this week’s installment of Bellator MMA, as Emerald Queen Casino and Hotel in Tacoma, Washington, will host Bellator 283. The main event was supposed to feature Patricky “Pitbull” Freire in his Bellator Lightweight World Championship defense against Sidney Outlaw. However, an injury to Freire has put off that title defense. Outlaw will now meet Tofiq Musayev in the co-headliner on Friday night. Jason Jackson and Douglas Lima will meet in the main event, a welterweight bout. Read on to find our Bellator betting predictions for the evening as well as the complete fight card.

Douglas Lima vs Jason Jackson is Lima’s attempt to end a three-fight losing streak against elite competition. He is the third-ranked welterweight in Bellator, and Jackson is not an easy opponent, ranked fourth. Lima does not do well against pressure fighters – and Jackson brings pressure. He often ends up backed up against the cage, keeping his punches and leg kicks from working as well. Instead of just throwing a punch or two, Lima needs to bring combinations, and he also needs to keep Jackson from controlling the fight’s distance. Jackson is solid when it comes to closing distance, mixing his stickers up and pushing for the takedown when necessary. Given that this is a bad matchup for Lima, and given his current streak, it’s hard to see him finding the mental toughness to turn things around here.

Tofiq Musayev vs Sidney Outlaw is a tough deal for Outlaw, who was expecting a title shot and instead got offered this bout. Outlaw could have opted to wait for the rematch, but he took the fight against Musayev, who makes his Bellator debut Friday. Musayev has terrific striking and has beaten “Pitbull” in the RIZIN promotion, so this could give Outlaw a solid warmup for his title shot. For Outlaw to win, he has to keep pushing Musayev backward. Musayev has elite footwork and sets up his opponent with feints while building angles. This can cause his opponents to stop paying attention, which is when he will seize an opening and deliver the finish. Outlaw has all sorts of experience, and I don’t see him falling asleep here.

Usman Nurmagomedov vs Chris Gonzalez is Nurmagomedov’s shot at starting his career 15-0, following the path to elite MMA fighting that his cousin Khabib already traveled. He has a creative striking game that is difficult to fend off. Gonzalez brings in a 7-1 record which includes a knockout win via head kick in his most recent fight. Nurmagomedov has a couple of choices when it comes to strategy, but he will likely use the path that Goiti Yamauchi used to give Gonzalez his only loss: bring so much volume that Gonzalez cannot respond and try to finish things quickly or just stack up too many points for Gonzalez to come back.