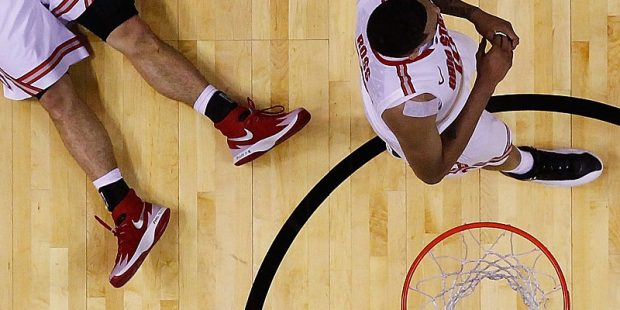 The top-seeded Baylor Bears get what essentially amounts to a home game as they start their NCAA men’s basketball tournament on Thursday, playing less than 100 miles from campus in the new Dickies Arena in Fort Worth. They will take on 16-seed Norfolk State as heavy favorites, although they are just 16-15-1 against the spread in the 2021-22 season. The two teams combine for 151.6 points per game, well over the point total, although Norfolk State’s defense may be a reason for the lower point total. Don’t miss our College Basketball online betting preview for this first-round matchup.

Where: Dickies Arena, Fort Worth, TX

Why should you bet on the Spartans?

Oklahoma beat Baylor in the Big 12 Tournament by slowing down the Baylor offense and using defense. The Sooners also used elite ball movement, piling up the assists, and it didn’t hurt that they made a ton of shots. The Spartans also have a stout defense, as they are aggressive and quick on the perimeter, and they can collapse on the middle quickly. No team has made 40% or more of their shots against the Spartans in their last six games, and they rank second in the nation to Houston in field goal defense.

Why should you put your money on the Bears?

In the 30 games when Baylor was a moneyline favorite this season, the team went 26-4 straight up. Also, while Norfolk State has a stout defense when they are taking on teams like Coppin State and Delaware State, this is Baylor. The defending national champions. The only opponent that Norfolk State played from a Power Five conference this season was Xavier, and the Musketeers ran the Spartans out of the gym, 88-48.

The current moneyline on this game is -6471 for Baylor. Baylor has been that heavy a favorite four times this season and is 4-0 straight up in those games. The moneyline indicates a 98.5% chance to win. But how about the point spread? Baylor is 15-11-1 against the spread when they score at least 64 points, and they should be able to shred the Spartan defense

Expect Baylor to come out ready to work out some frustration in this game. They got upset in the quarterfinals of the Big 12 Tournament and then got to watch Kansas follow up their conference regular season title with a conference tournament title, taking down Texas Tech in the championship. Baylor has had to deal with some significant injuries this season, but an opponent like Norfolk State will allow Baylor to work out the kinks – and pour in the points. I predict a final score of Baylor 90, Norfolk State 66.