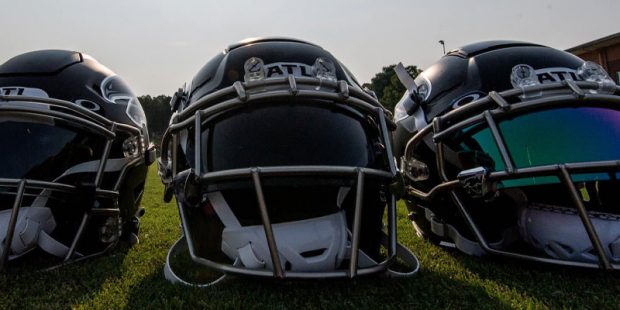 In 2021, the Atlanta Falcons told their fans that they were not at the start of a rebuild, but looking at the roster today, you can’t really call it anything else. The team traded away franchise icon Matt Ryan and lost out in the Deshaun Watson sweepstakes, and so change is coming in the second year of head coach Arthur Smith’s tenure. Smith guided the Tennessee Titans’ offense to an AFC Championship and is tasked with taking the Falcons back to the top of the NFC. Let’s look at whether the Falcons can improve on their 7-10 record from a year ago, or whether this will be a year of retrenching, as you think about how to include them in your NFL betting.

NFL News: What Are the Odds? Will the Atlanta Falcons Improve This Season?

Obviously, without Matt Ryan throwing the ball, the Falcons will become more mobile at quarterback. Veteran Marcus Mariota will start the season in the #1 role, and he has been primarily used to run the ball in Tennessee and Las Vegas. The Falcons drafted Desmond Ridder out of Cincinnati in the first round, and he is another quarterback who uses his mobility to extend plays. Ridder has a style that is ready for the pro game, so I wouldn’t be surprised to see him getting significant action by mid-season.

On the ground, Cordarrelle Patterson finally had his breakout season, accounting for 1,166 yards and 11 touchdowns. He signed a two-year extension and will once again be a dual receiver-running back threat, similar to how the 49ers used Deebo Samuel a year ago. Tailbacks Damien Williams, Caleb Huntley, Qadree Ollison and Tyler Allgeier will round out the competition in training camp. Allgeier is a bruising runner who also fits well into what Smith likes to do on offense.

Tight end Kyle Pitts will continue to be a significant part of the Falcons’ offense, along with wide receiver Drake London, whom the Falcons selected eighth overall in the draft. Most of the Falcons’ wide receivers are depth guys instead of speed or possession guys, and London will get plenty of time, along with Bryan Edwards, who came via trade from Las Vegas. Calvin Ridley will miss the season thanks to a gambling suspension, so the receiving group definitely has opportunities for guys who want to take the next step in their careers.

Foyesade Oluokun was the team’s best tackler last year, but he has departed. Grady Jarrett is still a force up front, but this is his contract season. He is the team’s best D-lineman, so it will be interesting to see if the team is willing to spend on him. Up front, the team has only added one player, Vincent Taylor, for depth. At outside linebacker, Lorenzo Carter should lead the pass rush to success, with draft picks DeAngelo Malone and Arnold Ebiketie joining the team this year. Carter had a career-best five sacks in 2021. This group could mount a consistent pass rush, which the team has not had since 2017.

At inside linebacker, the team picked up Rashaan Evans from Tennessee, and he should mesh with 2020 draft pick Mykal Walker to fill Oluokun’s shoes. Deion Jones has had a disappointing couple of years, and at this point, the team would likely cut or restructure his deal for 2023.

In the secondary, cornerback A.J. Terrell can shut down one receiver, and veteran Casey Hayward Jr will line up on the other side of the formation. Isaiah Oliver returns at slot corner after missing a lot of 2021 due to injury. At safety, Richie Grant and Jaylinn Hawkins must improve their play to meet the potential they showed before the Falcons drafted him.

Kicker Younghoe Koo is one of the best kickers in the NFL and earned the five-year extension the Falcons gave him. The punter job will likely either go to Dom Maggio or Seth Vernon, and Beau Brinkley and Liam McCullough will vie for the long snapper position.

Overall, the Falcons will struggle to win more than seven games this season. They have two NFC contenders in their division (Tampa Bay and New Orleans) and a Carolina team that should be a lot better with Baker Mayfield running the offense.