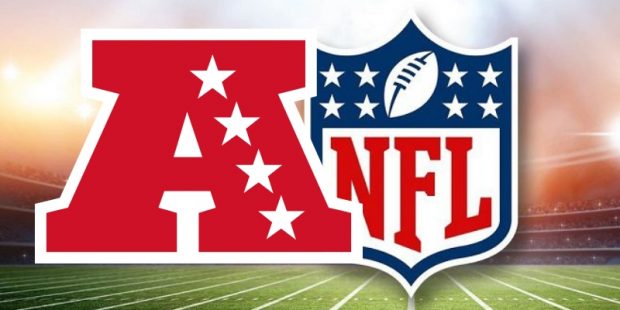 When Tom Brady was leading the New England Patriots to the Super Bowl just about every year, one observation that some NFL fans had (especially fans of NFC teams) was that the AFC seemed to have a lot less elite competition than the NFC did. That is not true anymore, as we have quite a few teams who could all make it to Super Bowl LVII: Buffalo, Kansas City, Cincinnati, Baltimore, Tennessee and Indianapolis all have stout teams that can hammer on each other. As you plan out your sports betting for the NFL this season, take a look at some NFL Betting analysis for AFC rivalry contests.

Arrowhead Stadium saw Buffalo fall to Kansas City in the AFC Championship two years ago…and to Kansas City again last year in overtime, in a game where the defenses were so gassed that the team that won the coin flip would easily win. It makes sense that they would face off at Arrowhead once again. The Bills have shored up some issues in their secondary, while the Chiefs have largely stood pat. The Bills should also come in with more motivation after those two big playoff setbacks.

Cincinnati beat Kansas City twice last year, once at home in the regular season (and clinching the AFC North in the process) and then again at Arrowhead in the AFC Championship. In both games, the Chiefs had leads in the fourth quarter, but the Bengals were able to roar back both times. A lot of sports betting experts see the Bengals falling off this year, but I don’t see any reason to make that prediction. The Chiefs, on the other hand, are dealing without Tyreek Hill. Patrick Mahomes will still be able to make plays down the field, but I think the Bengals pull this win off as we near the postseason.

The second meeting between these two teams could be for the AFC North and a first-round bye in the playoffs. I see Lamar Jackson having a bounceback season this time around, and so I see this rivalry producing a split, with the home team winning on each occasion. Jackson has had a lot of questions about mental toughness and the ability to win big games, and the Ravens struggled against Cincinnati last year. I expect a healthy Jackson to be able to drive the rhythm of games with his arm and legs, and I expect both of these contests to come down to the last drive or two.

The AFC West has four elite quarterbacks now, but the most unsung of the four is the Chargers’ Justin Herbert. He put up crazy numbers in his first season, falling victim to a dreadful Chargers defense, and while his numbers were a little down last year, he still showed flashes of the gunslinger. I see the Chargers at least getting the split this year, if not sweeping the season series, as Herbert comes out with even more confidence this time around.

Deshaun Watson comes to Houston to face his former team, and if he does not get the season-long suspension that many have predicted for the conduct that led to 24 civil suits from 24 sports massage therapists who claimed that he used inappropriate words and/or touching (20 of which have been settled as of this writing), then this could be an exciting game. The Browns have a smashmouth running game and confident defense, and while they should win this game even if Jacoby Brissett is running things, with Watson running the offense, the Browns might be able to make a rout of it.