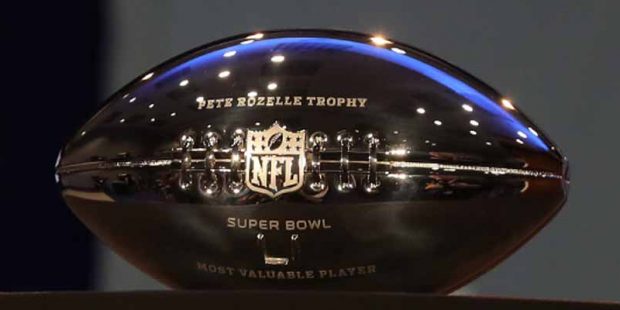 When it comes to sports betting and the Super Bowl, taking one team over the other and wagering on the point total are far from the only wagers that you can invest money in. Everything from the opening coin toss to the score after each quarter to individual performances, in terms of yards and touchdowns, is up for grabs.

As you consider how to wager on Super Bowl LVI, here are five NFL betting options that could interest you.

No, this wager does not have anything to do with whether there will be a wardrobe malfunction (which is much more likely during the halftime show than during the national anthem). Instead, this has to do with whether the performance will last longer than a set time or not. Last year, Jazmine Sullivan and Eric Church performed the national anthem, and the over/under for performance time was set at two minutes even. The pair went well over, at 2:16. So if you went “over” on that wager, you won some money.

The performer for Super Bowl LVI has yet to be announced, but once that name comes out, you can be sure that an opening time total will come out shortly thereafter. After that, it’s a matter of looking at their past performances of the national anthem and other songs to see if you think they will go over the line – or finish before that time elapses.

Who will be the MVP?

There have been 55 Super Bowls, and each has had at least one MVP. Super Bowl XII actually had co-MVPs, both defensive players for the Dallas Cowboys. By far, though, the most commonly position for the MVP is quarterback. If we look at the four remaining teams, three of them (Los Angeles, Kansas City and Cincinnati) have elite quarterbacks who can dominate games with their arms, while one (San Francisco) has a quarterback known more as a game manager, as the offense primarily thrives through the running game.

So if the matchup includes the San Francisco 49ers, you might consider taking a non-quarterback such as Deebo Samuel, who would offer greater value (as quarterbacks are generally the favorites on the odds list) but also would have a similar likelihood of winning the award, should his team win.

What Color will the Gatorade Shower Be?

This is one of those props that is absolutely arbitrary. There is no way to know for certain what color the Gatorade will be at Super Bowl LVI, and there is no way to know which team will win. However, people track these trends and offer wagers on them. In 2019 and 2021, the Gatorade bath turned out to be blue; in 2020, it was orange. The most common choice in recent years has actually been clear, perhaps to avoid staining the head coach’s clothing.

Metrics Around the Halftime Show

Mary J. Blige, Eminem, Snoop Dogg, Dr. Dre and Kendrick Lamar will all collaborate on the halftime show for Super Bowl LVI. One common prop involves which song will be performed first, or which well-known song the performer(s) will not perform. Blige went on Good Morning America and indicated that “Family Affair,” which she co-wrote with Dr. Dre, would be the perfect song for the halftime show, so it might be wise to bet on that as the first or the last song.

There are many people who just watch the Super Bowl because of the creative commercials that appear. You can wager on all kinds of props related to the commercials; this year, some of the available wagers include:

The list simply goes on and on. If you have the fun money to spend on arbitrary wagers, then this might be the set of props for you.