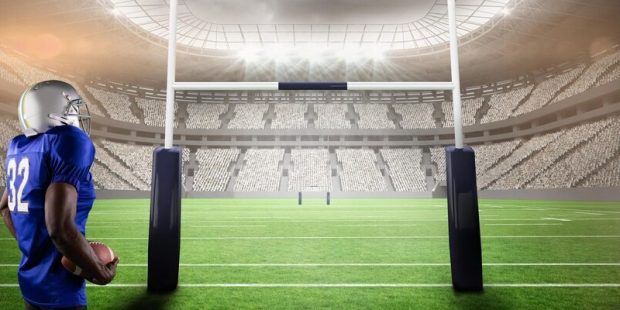 I will have to say that I did not see Tua Tagovailoa emerging as an elite NFL quarterback, but he showed me something on Sunday. He was transcendent on Sunday, though, throwing six touchdown passes as the Miami Dolphins erased a 21-point deficit in the fourth quarter to win. Since 2011, 710 teams had entered the fourth quarter down by 21 or more, and all 710 of those teams had lost. The Ravens had just scored on a 79-yard run by Lamar Jackson, but then the Dolphins flipped a switch. Tagovailoa threw four touchdown passes in the fourth quarter, and Jaylen Waddle and Tyreek Hill became just the second receiving duo to each have at least 170 receiving yards and two touchdown catches in the same game. The last time this happened was way back in 1942, when Don Hutson and Andy Uram ran wild against the Chicago Cardinals. Now those Miami-Buffalo games look a lot more interesting. Heading into Week 3, here are some games that you absolutely must include in your NFL betting. We have the midweek matchup between Pittsburgh and Cleveland, and we also have a showdown between Kansas City and Indianapolis that looked like a potential playoff preview at one point – but that is no longer nearly as probable as it looked before the season began.

The Cleveland Browns have given up massive fourth-quarter rallies in each of their first two games. They were able to hold off Carolina in Week 1, nailing a game-winning field goal, but things got worse in Week 2, as they led the Jets by 13 points with 1:31 remaining but still lost, as Joe Flacco turned back time and delivered on two quick scoring drives. Just in case you don’t follow the NFL that regularly, the Jets and the Panthers are not known for the offensive prowess.

The Browns also have Jacoby Brissett at quarterback. He did well finding Amari Cooper on Sunday, but he’s not the sort of signal-caller who will be leading swift drives up and down the field. The running game is still elite, as Nick Chubb and Kareem Hunt are both steamrolling opposing defenses, but if the defense can’t play a complete game, this will be a tough season. Pittsburgh needs to establish a running game in order to get Mitch Trubisky time to pass the ball to someone other than a check-down target. With the Steelers traveling on a short week, I think the Browns win here, but it will be a struggle. Browns to win and cover.

Before the start of the regular season, I had the Chiefs losing this game. The Colts came into 2022 with a reputation for an ironclad defense, and they have the top rusher from 2021 in Jonathan Taylor. However, they got lured into a tie with Houston in the opener, and then they got shut out by Jacksonville in Week 2 – just the eighth shutout the Jaguars have posted in the history of the franchise. Matt Ryan came into the season with some hype, now that he has left Atlanta behind, but his accuracy has been subpar to this point.

The Chiefs have Clyde Edwards-Helaire back at tailback, and he looks like he did during his rookie season, dashing through opposing defenses and slipping big hits. The Chiefs did lose Tyreek Hill (and Hill has looked fantastic so far for the Miami Dolphins), but they have Travis Kelce, Marques Valdes-Scantling and JuJu Smith-Schuster running routes. While the Colts wlll have some success in the running game, if the Jaguars could beat the Colts by 24, this game could get out of hand in a hurry. Chiefs to win and cover.