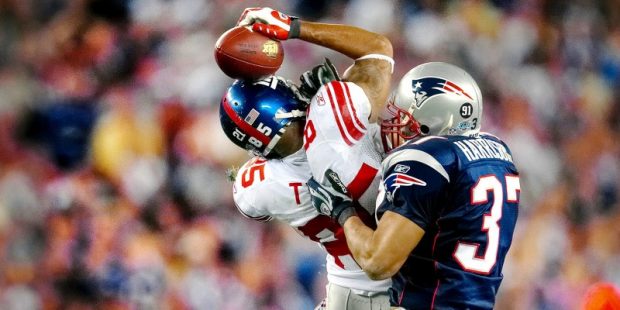 Whether you’re gearing up for your 2022 NFL fantasy draft or just thinking about which teams to support with your NFL betting choices, one of the most important players, after the quarterback, is the featured running back. This is a tricky investment point for many teams; after all, many running backs will wear out, or perhaps lose their intensity, long before a lengthy, expensive contract has come to an end. An example of this is playing out in Dallas, where Ezekiel Elliott, the featured back, has often been outperformed by his backup, Tony Pollard, who makes significantly less money. Take a look at our tiers of the NFL’s running backs.

→ These Backs Can Carry a Team

He’s just 23 years old, but he led the NFL last year in carries, running yards, and total yards. It helps that he has an elite O-line, and this year he has a quarterback (Matt Ryan) who should be more consistent.

Henry broke a metatarsal bone in his right foot last year, which kept him out for most of the regular season. He did win the rushing title in 2019 and 2020, with 718 combined touches those campaigns. All of that wear and tear (and questions about his foot after that iffy performance in the playoff loss to Cincinnati) make him less attractive than Taylor. But just barely.

The Steelers did much better than they should have in Ben Roethlisberger’s swan song, and one reason was Harris’ 499 yards after catch, third among NFL running backs.

Three Pro Bowl appearances. A 5.3 yards-per-carry average for his career. The problem this year is that the Browns won’t have a true QB1 until Week 12, and the rust that will have formed on Deshaun Watson after missing almost two full seasons will take the rest of 2022 to flake off.

He’s extremely difficult to tackle in the open field. He averages about 5.0 yards per carry and about 9.0 yards per reception, and this year the Vikings return with an above-average O-line. However, he has never played more than 14 games in a season.

He led the NFL with 20 touchdowns (12 on the ground and eight on catches). He started 16 games last year for the first time in his five-year career, and he had 276 touches, a career best.

He’s a transcendent talent, but he has played only 10 games over the last two seasons.

He ran for 1,159 yards last year, a career high, but he only averaged 4.1 yards per carry. He was third in goal-line carries, which helped him get to 13 rushing touchdowns. However, without Ja’Marr Chase, Tee Higgins and Joe Burrow, Mixon doesn’t get elite numbers.

Williams shared carries equally with Melvin Gordon last year, and he put up 1,219 yards from scrimmage. He just turned 22, so he could be ready for a breakout season.

He scored 17 all-purpose touchdowns last year, but he only appeared in 13 games, so injuries are a factor. Wide receiver Jameson Williams is in Detroit now, so Swift should have some more room to operate.

→ These Backs Could Use a Comeback Season


In 2020, Dobbins averaged 6.0 yards per carry and scored nine touchdowns on the ground even though he only carried the ball 134 times. He blew his left ACL to lose his second season, but he should be back for this season. His legs could help Lamar Jackson settle into a more traditional passing role.

He only carried the ball 13.9 times per game, running for 58.9 yards per game, in 2021. Tony Pollard, his backup, was second in the NFL in yards per carry (5.5). Elliott did have ten touchdowns on 35 carries in the red zone. But Elliott was supposed to try to bounce back last year. Will he really do it this year?

→ These Backs Could Be Sleepers, But…