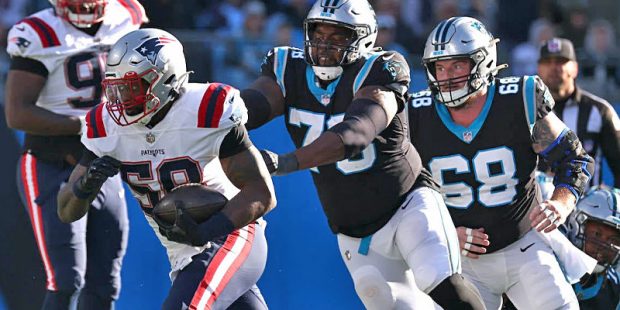 One trend in the 2022 NFL preseason is an increase in scoring. There were 16 games in Week 1 of the preseason, and 13 went over the point total. The Hall of Fame Game went over as well, which means the “over” is 14-3 so far. In 2021, the “under” prevailed in 20 of the first 23 preseason games, driving point totals down. For Week 2, 13 of the 16 games have point totals of at least 40 points after none of the Week 1 totals were above 36 ½. The biggest point totals in Week 2 come from the Washington-Kansas City game and the Falcons-Jets game – each set at 42 ½ points. The lowest total this week comes from the Texans-Rams game (37 ½) – which is higher than the highest total from Week 1. Six underdogs won straight up in Week 1, but most of those games involved very small point spreads. Favorites went 9-7 in Week 1 against the spread, and teams favored by at least three points went 4-2 ATS. What are the sure sports betting winners this week? Read on to find our NFL picks.

The Panthers have a quarterback situation to figure out, as Baker Mayfield and Sam Darnold are competing for the starting job. Mayfield got the start in Week 1, but head coach Matt Rhule indicated that this was not a sign that he would be the regular-season starter, at least not yet. Expect significant time for both of those top quarterbacks. The Patriots don’t have a quarterback controversy, as Mac Jones returns as the starter again. The Patriots will get the most of out their defense, as usual, but it wouldn’t surprise me to see them focus more on player evaluation (and injury avoidance) than winning this game. Panthers to cover.

The Rams are traditionally a team that likes to avoid playing its starters and keeping things as simple as possible in the preseason. The Texans are a team caught in the morass of a rebuild. Even though the Rams put up 29 points in their preseason opener, even if they hit that total again, I’m not sure the Texans can get to 10. For some teams, Week 2 will be the dress rehearsal, while for others, this is another evaluation week before using their starters extensively in Week 3. Either way, I expect the Rams to clamp down with their defense. Rams to win and cover; take the under.

Dallas scored seven points in their preseason opener (although Dak Prescott did not step onto the field), and the Cowboys had 17 penalties. The Chargers looked smoother against the Rams, scoring 22 points. Dallas has struggled in the preseason under Mike McCarthy, as preparing the team for the season seems to take longer for the Cowboys than for some other teams. Expect the Chargers to show better coordination and football discipline. Chargers to win and cover.

The NFL still has yet to issue an announcement of the resolution of Deshaun Watson’s appeal, so I would expect to see him play again this week after he only put up seven yards in the Browns’ preseason opener. The Eagles are a team on the rise with the addition of A.J. Brown at wide receiver and with quarterback Jalen Hurts gaining in confidence each season. Because of the turmoil going on in Cleveland, I see the Eagles coming to town with fewer distractions. Eagles to win straight up and cover.