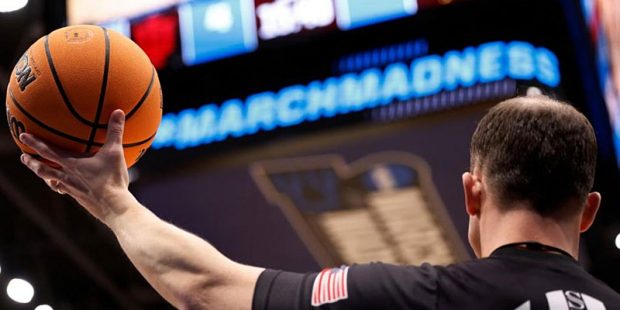 This past weekend, the NCAA men’s basketball tournament field was reduced from the Sweet 16 to the Final Four. Midnight came for such Cinderella teams as Miami, Iowa State and Saint Peter’s, and we have a Final Four made up of teams that are used to making it to the tournament’s final weekend. In one semifinal, Kansas will take on Villanova as four-point favorites; in the other, Duke is favored to beat North Carolina by 4 ½. Let’s take a look at the Final Four betting odds for each of the four remaining teams and our thoughts about how things will shake out.


Villanova ground out a 50-44 win over Houston in the Elite Eight as the Cougar defense was able to slow things down significantly, but Villanova beat Houston at its own game. The problem for Villanova is that they will likely not have Justin Moore, who went down with an Achilles injury in Saturday’s win. Jermaine Samuels led Villanova with 16 points and 10 boards in the win, and Caleb Daniels added 14. Veteran leader Collin Gillespie only had one bucket, but it was a crucial make late in the game, so even though Villanova led wire to wire, that gave the team the momentum it needed to advance. Villanova only shot 28.8% from the floor, but they held Houston to just 1 of 20 from behind the arc and just 1 of 11 overall after the Cougars got within two points in the second half. I am going to wait and see how Moore’s injury news unfolds during the week, but for now, I’m not going with what would have been a smart value pick with the Wildcats potentially out a starter.

Kansas went into the locker room at halftime down by six to a shorter but quicker Miami team. They made some adjustments to lock the Hurricane offense down with their defense, and they came out to outscore the Hurricanes by 32 points in the second half. After the intermission, Kansas went 16 of 27 from the floor (59.3%) while holding Miami to 6 of 28 (21.4%). On the boards, the Jayhawks outrebounded the Hurricanes, 25-11, after halftime.. The Jayhawks’ ability to flip the switch and completely dominate the game makes them look like real title contenders. With Christian Braun nailing three-balls, David McCormack controlling the lane and Ochai Agbaji playing terrific ball everywhere, this will be a tough team to beat. For me, this is the smart title pick.

North Carolina took Saint Peter’s to the woodshed from wire to wire on Sunday, with an opportunistic defense that smothered the Peacocks and kept turning turnovers into fast-break baskets. The Tar Heels had a huge size advantage and outrebounded the Peacocks, 49-33, getting 22 boards from Armanda Bacot alone, along with 20 points. Brady Manek put up 19 points, going four of six from behind the arc, and Caleb Love chipped in 14. The Peacocks did put up 30 points in the second half, finding more opportunities, and Duke will likely take a hard look at that film to see how they can also get the Tar Heel defense to loosen up.

Duke has looked better each round in the NCAA tournament, and there might not be a team in this Final Four with more motivation, as Coach K is leading the Blue Devils for the last time. Also, North Carolina beat Duke in Coach K’s last home game to end the regular season, so there should be a large chip on Duke’s collective shoulder. In Duke’s win over Arkansas, the Blue Devils had four turnovers early but then got three hustle plays from Mark Williams, who had 12 points and 12 boards, along with three blocks. They dominated the paint while also knocking down some three-pointers, going into the locker room at halftime up, 45-33. Arkansas opened the second half on a 9-2 run, but then Duke bounced back with a 10-0 run. A.J. Griffin (18 points), Paolo Banchero (16) and Wendell Moore Jr (14) also hit double figures in points. Can Duke put together another complete game against North Carolina?