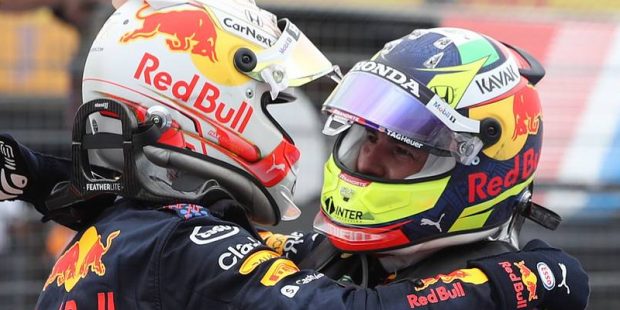 Formula 1 racing is back in North America, headed this time to Quebec for the 2022 Canadian Grand Prix. Max Verstappen won last week’s race in Azerbaijan, moving to a substantial lead in the Drivers’ Championship standings. His teammate, Sergio Perez, is in second place, 21 points back, and he stands 34 points ahead of Charles Leclerc, who had to retire his car for Ferrari a week ago. The Canadian Grand Prix has not taken place since 2019 because of the COVID-19 pandemic, so drivers are excited to get back to a course they have not seen in some time. Can Mercedes get past the crazy running issues that cause their cars to bounce up and down when they hit high speeds? Can Ferrari gain ground on Red Bull? Don’t miss the Formula 1 betting odds for the drivers and our thoughts on the race.


While Red Bull feasted at Azerbaijan, getting max points, Ferrari had its worse race of the year, as both Carlos Sainz and Charles Leclerc retired. Mercedes had both of their drivers in the top six, but the experience was painful for both Lewis Hamilton and George Russell, as the bouncing cars on the straightaways left their backs sore at the end of the race.

Verstappen is obviously the favorite to win, to the point where the wager brings little value. Formula 1 is a sport that can be thin on surprises, as Verstappen has won four of the last five races. Leclerc has not won a race since April, when he took first in Australia. Red Bull looks to end a winless streak in Quebec that extends back to 2014, when Daniel Ricciardo got the win. Ferrari got their last win here in 2018, with Sebastian Vettel. Lewis Hamilton won here in 2019 (the last Canadian Grand Prix), but the competitive dynamic in the sport has shifted firmly away from Mercedes.

A wager with more value might look at the fastest qualifying time. Verstappen has been winning the races, but Leclerc has posted better one-lap times. He has had pole position for six of the eight F1 races in 2022, including the last four in a row. He is the odds-on favorite to snag the pole, with Verstappen right behind him.

The odds for a podium finish is a bit more interesting; the 2019 podium featured Hamilton, Leclerc and Sebastian Vettel. This time, the podium is likely to be quite different. The top three favorites are Verstappen, Leclerc and Red Bull driver Sergio Perez. Russell and Hamilton are co-fifth favorites behind Carlos Sainz. If the rain hits as forecast, this could be a day when the midfield drivers snag a podium. Lando Norris is the top choice from the midfield teams.