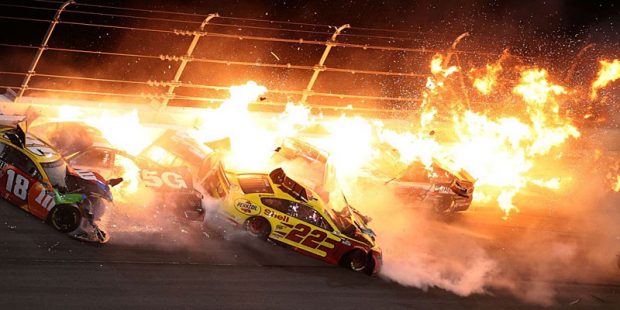 It’s time to start the 2022 NASCAR Cup Series, as the Daytona 500 is set for this weekend. A year ago, the sports betting world got a huge shock as Michael McDowell made his way around a wreck in the last lap to take the checkered flag – and pay off on 66-1 odds. The field this year has 40 cars, and there are five previous winners. Denny Hamlin is the only driver in the field who has won this race more than once. Let’s take a look at the updated NASCAR odds along with some suggestions for your wager cards.

Denny Hamlin is a favorite, but he has won this race three times. In his last eight appearances at the Daytona 500, he has seven top-five finishes. In 2021, he led 98 of the race’s 200 laps and was part of that unfortunate group caught up in that last-lap wreck. For this year, he qualified in the eighth position, so it won’t take much maneuvering to get him into the lead. If this isn’t enough value for you to risk an all-or-nothing wager, think about betting on him to crack the top five once again.

Joey Logano actually led the race last year when he ran into teammate Brad Keselowski, so you can imagine that his motivation will be even stronger this time around. He won the Daytona 500 in 2015 with an average speed of 161.939 mph, which was the fastest average speed for any car at the Daytona 500 since 1900. Last year, he led 26 laps before crashing, and his 2021 was solid, with one victory among ten top-ten finishes, and he came in eighth overall in the end-of-year standings. He will be using a backup car here after crashing at the Daytona Duels, but he is still a reasonable value.

Want a sleeper? Think about Harrison Burton. After all, with plate racing, you can get some unusual finishes. Burton is a full-time Cup Series driver for the first time this season, but he got into one Cup Series race last year and came in 20th, finishing on the lead lap at Talladega. Because of the use of plates, the competitive gap will be smaller than usual, opening the door for another upset, even without a crash.

Want a slightly less dark horse? Look at Christopher Bell. This is his third season in the NASCAR Cup Series, and he won the road course at Daytona last year. He has 21 top-ten finishes overall in the series, and he was either top-five or top-ten in five of the last six races he entered last year. He qualified in 14th, so he should be able to maneuver into the front of the field fairly easily.

Thinking about a head-to-head pick? Let’s look at Austin Dillon vs Bubba Wallace. Wallace is the slight underdog, but he won at Talladega in the most recent plate race and has seven top-15 finishes in his last nine starts at Daytona. So it makes sense to roll with the slight edge in value here.