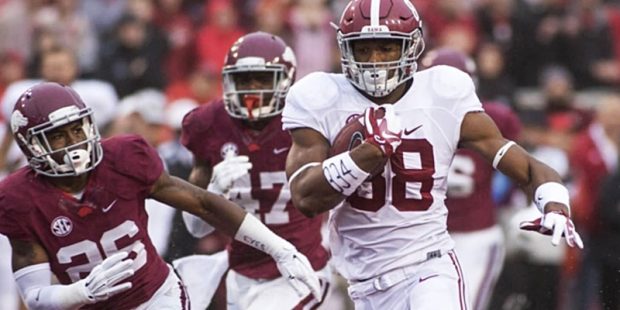 By the time we hit Week 5 of the 2022 college football regular season, we will already know a lot that we don’t know now. Was Dan Lanning the right hire to give the Oregon Ducks a boost? Is Texas ready to match up with Alabama and the rest of the SEC elite? Is Cincinnati ready to contend for the CFP from the AAC once again? Let’s take a look at some of the key matchups on the slate for Week 5 as you think about which ones to include in your College Football betting.

Tulsa pushed Cincinnati hard in the Bearcats’ perfect 2021 regular season – and that was up at Nippert Stadium. Now the Bearcats head to northeast Oklahoma, where Tulsa is very difficult to beat, and they don’t have Desmond Ridder leading the offense.

National television at this level means playing during the week, and while the Cougars look to be a solid eight- or nine-win this season, they will need to be ready for what can be a big-time passing attack.

What’s up with these Pac-12 games on Friday nights? Washington should have a better offense this season, particularly in the passing game, and while UCLA has one of the top offenses in the conferences, their defense is still iffy.

This is an SEC East matchup that could catch Georgia napping. The Tigers don’t do much in the way of defense, but they have a high-rolling offense that scan score in a hurry.

The Aggies beat Alabama last year, but they stumbled to an 8-4 record. Want some national recognition? Then start taking care of business in your division.

Kentucky remains an intriguing team in the SEC East, where one slip by Georgia opens up the door for three or four teams with scary offenses. Lane Kiffin’s Rebels don’t do a whole lot of defending, either, so this could be an easy “over.”

This is a rematch of last year’s Big Ten Championship, which the Wolverines won running away. Going to Iowa City is always challenging for the Wolverines, though, and that elite defense that they had a year ago has largely gone to the NFL.

Oregon State won this game last year, a sign that they are ready to compete in the Pac-12. Utah should be motivated to bring the hammer in the rematch, but are the Beavers good enough to get the upset two years in a row?

This is a rematch of last year’s Big 12 Championship. The Cowboys beat the Bears during the regular season, but then they could not shut down the Bears in the rematch, and Spencer Sanders had an unusual turnover outbreak that the defense just could not overcome. The rematch comes down in Waco, but if the Cowboys want CFP consideration, these are the games they must win.

Sam Pittman would love to make the Razorbacks relevant again in the SEC West after hearing about how Auburn, LSU, Texas A&M and Ole Miss could upset the Tide each year. He has a pounding defense, and his offense can uncork some big plays. The Tide fell at Texas A&M last year, and this feels like the likeliest road upset Alabama would face this season.